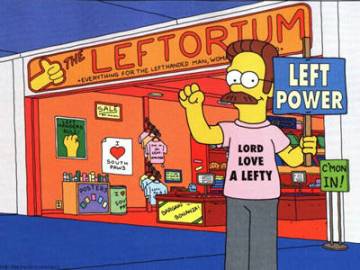 I coach my 10-year-old son’s Little League team. We are the Phillies, which doesn’t really pain me as I don’t find their major league team all that offensive anymore. They had a good run for about 5 years, but then they got older, let some key players go to free agency, signed others to humongous contracts that they aren’t earning now, and paid too much for pitching like every other high-priced team does. Major league teams are the absolute worst at over-paying for talents. I know, the market dictates the price, I get it. But if I were general manager of a major league franchise, I would never sign a pitcher to a contract longer than 3 or 4 years. It’s just not worth it. They never last that long. But I’m not a GM and I don’t have to scout talent.

Which leads me to a simple question my son asked me as we were driving in the car yesterday. We were talking about our season so far. Both he and I are pleased. We’re 5-1 and playing quite well. Our hitting isn’t superb, but we have an adequate defense and our pitching is very consistent. I have four pitchers that I rotate through and all of them can put the ball over the plate. The thing with Little League pitching is the accuracy. Nothing is more dull and mind-numbing than a team’s pitching walking every batter. It’s the worst, but it happens. We have a solid rotation of kids who aren’t flame throwers, but they make people swing. That’s all I want out of our pitchers. Anyway, my son is one of our pitchers and I complimented on his last performance on the mound. He said thanks and then said, “I’d love to pitch left-handed. Why can’t I pitch left-handed? I can bat left-handed, why can’t I pitch left-handed?”

I didn’t have a good reason. In fact, I still don’t one and I’ve been thinking about it most of the day. On the surface, I know why. He can’t throw left-handed because he’ll look like a boy who plays the flute, or a theater major, trying to throw a lob from second base to first. It will look completely unnatural and you’ll want to jab sharpened pencils into your eyeballs for having to see something so horrific in the hopes of preventing any chance of seeing something that horrific again.

It’s the same with writing. I could try writing left-handed all I want. I could practice for five years, but after five years, my left-handed writing would look no better than Stephen Hawking’s writing; completely illegible. Quick side story: my kids would always put out cookies and milk for Santa on Christmas Eve. Once they went to bed and my wife and I would put the presents under the tree, it was always my job to write a quick note as Santa to “thank” the kids for the cookies and milk. Of course, I take it very seriously and think that the kids will recognize my handwriting if I write it with my right hand, so I would always write the note left-handed. One year, one of my daughters saw the note and said that Santa has really awful writing. I had to be quick on my feet. I said that Santa probably wrote the note with his mittens on and you know how much of a bitch it is to have neat penmanship when your fingers are all constricted.

This still doesn’t answer my son’s question. I still can’t figure out why some things you can sort of learn how to do with the weaker hand, but other things will never happen. I know I do one, and only one, thing left-handed and that’s play pool. Now, I don’t play pool well. Usually, I play pool inebriated so it doesn’t matter if I’m playing left-handed, right-handed, or center-handed. It’s 50/50 if I hit a ball in, sober or otherwise. Nevertheless, the first time I remember picking up a pool stick at my cousin’s house in Williamsport, PA, I remember just naturally playing with my left hand. I don’t know why, but it just felt natural. I can play right-handed, but it just feels a little off, like I’m wearing someone else’s shoes. That’s the only thing that I do left-handed. Everything else is predominantly righty. I can do things left-handed, but nothing is as good as the right hand.

It’s really strange when you stop and think about it, isn’t it? Why can’t the human body just have symmetry. It should be able to do the same things whether or not it’s with the left side or the right. Really, what’s the difference? Strange. So strange, in fact, that I don’t have an answer. I don’t want to lie to my son. I want to give him an honest answer on how you can do things with both hands, regardless of what the activity is, but I’ll be damned if I know how to even show him this, let alone teach him. Hell, I tried to pitch left-handed, but I honestly looked like a oboist or the latest guy to play Juliet in the Shakespeare classic.