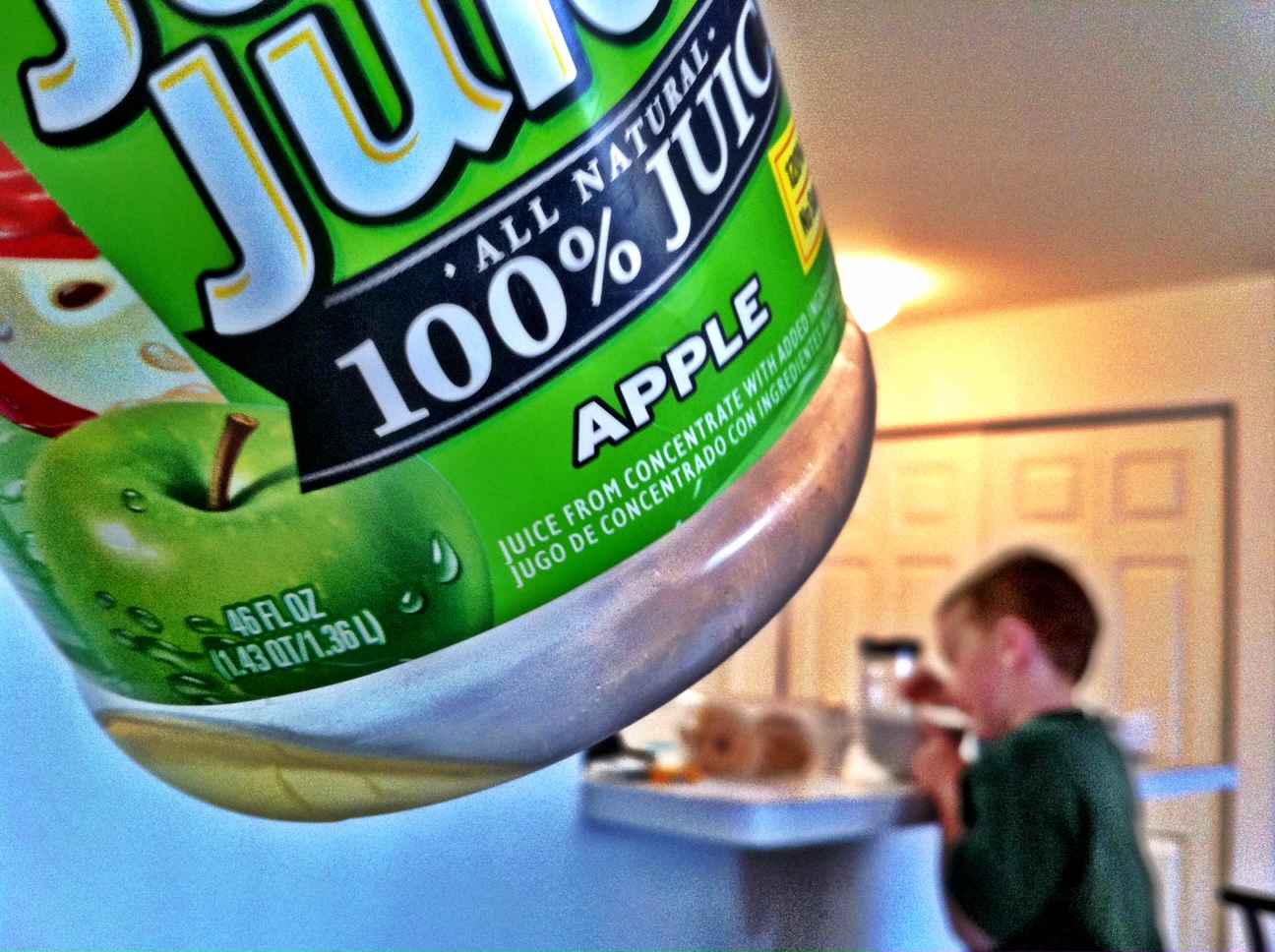 This is a view of the juice my son left in a 46 oz. apple juice container earlier tonight.  My younger daughter went into the refrigerator to get a drink and found this sitting on the shelf.  I don’t know whether to laugh, get mad, or be thankful that he not only likes apple juice, but is considerate enough to think that other people may like apple juice too.  There’s just enough here to fill a hummingbird’s beak without a drop to spare.

Hell, men can’t even leave the toilet seat up when they use the facilities without getting bitched at by women for not putting the seat down.  This has nothing to do with apple juice, but I’m just saying.  Why do we have to put the seat down?  Why can’t women put the seat up, huh?

I get sidetracked easily.  The Robin Williams comedy classic RV is on TBS right now.  It’s distracting me and I’m not thinking straight.  I don’t think Robin Williams was thinking straight when he accepted this role.  It’s not acceptable that I’m watching it, but it’s perfectly OK for my son to enjoy it because he’s a kid.  Somehow, we’ve come full circle.