Everything In Its Right Place – A Decade in Music

I find that trying to define the decade in music for me was as frustrating as trying to figure out what to call this decade.  Or as mind-numbing as describing this picture of Kanye West and Paul McCartney.  Do you call it the 2000’s, or the 00’s, or the Aughts?  I have no idea.  Music, this decade, was quite the same.  There was no defining, Earth-shattering movement; CD sales plummeted as the internet became the Wild West of music sharing; and genres fractured into sub-genres, which split into sub-sub-genres.

I listen to a good amount of music each year, but the 2000 version of me would probably raise an eyebrow at some of the stuff I’m listening to at the end of 2009.  But that’s part of the adventure and excitement of exploring what’s on the horizon.  The adventure never gets old.  Here are some of my random thoughts and observations on music that I listened to this decade, followed by my favorite songs and albums, as we’re moments from 2010.  Enjoy.

First and Only Song Lyric That Affected My Sense of Taste: “Yesterday I woke up sucking a lemon” from “Everything In Its Right Place” by Radiohead.

Best 6-minute Beginning to a Song: “Storm” by Godspeed You Black Emperor

Album I Initially Had No Interest In, But Now Love: Modest Mouse The Moon and Antarctica

Funniest Lyric: “My dandy voice makes the most anti-choice grannies panties moist” from the song, “MTV Get Off the Air Part 2” by MC Paul Barman.  Uhhhh, wow…and it only got worse.

Coolest Song from Music Critic’s Choice as Album of the Decade, Radiohead’s Kid A: “In Limbo”

Most Moving Moment: U2 performing “Where the Streets Have No Name” during halftime of Super Bowl XXXVI.  Some may see it as exploiting a tragic event, but I found it unbelievably moving.

Two Songs Perfectly Suited For Use in a Kick-Ass Movie With Tons of Sex and/or Violence: “Hello Operator” by The White Stripes; “Grass” by Animal Collective

Some Important 90’s Artists That Failed to Sustain Momentum in the 2000s: Pearl Jam; The Smashing Pumpkins; Beastie Boys (it pains me deeply to write this); Moby; R.E.M.

Some Important 90’s Artists That Succeeded in Remaining Relevant in the 2000s: Radiohead; Yo La Tengo; Stephen Malkmus; Beck

Best Song From a Video Game Commercial: “Mad World” by Michael Andrews for Gears of War

Movie/TV Score of the Decade: The Venture Bros. by J.G. Thirlwell.  The Lord of the Rings scores are epic and majestic; anything by Thomas Newman is pure gold; The Triplets of Belleville score is one-of-a-kind, but The Venture Bros. music is the shiiiiit.

Song That Made Me Miss the 90’s the Most: “You Know You’re Right” by Nirvana

Song That Scares the Living Shit Out of Me: “The Past is a Grotesque Animal” by Of Montreal.  11 minutes and 53 seconds of nightmarish music that I can’t turn away from.

Best Song From a Car Commercial: “We’ve Been Had” by The Walkmen for Saturn (R.I.P.)

Best Song to Open an Album: “I Am Trying to Break Your Heart” by Wilco on Yankee Hotel Foxtrot

Worst Album Following a Great Debut: Some Loud Thunder by Clap Your Hands Say Yeah.  If they were intentionally trying to alienate their fans, it worked.

Best Albums to Listen to on an Airplane: Air Walkie Talkie; Stars of the Lid And Their Refinement of the Decline; Lindstrøm Where You Go I Go Too

Best Unofficial Album: Dangermouse The Grey Album.  Mashing Jay-Z’s The Black Album with The Beatles White Album was pure genius.  It spawned hundreds of copycats, but none even came close to this.  This still amazes me 5 years later.

Worst Album by One of the Best Bands of All-Time: R.E.M. Around The Sun

Best Song With the Worst Title: “The Skin of My Yellow Country Teeth” by Clap Your Hands Say Yeah!

Winner of the “I Don’t Understand Why They Aren’t One of the Biggest Groups in the World Award”: Spoon

Current Over/Under for Number of Years It Will Take Sufjan Stevens to Record an Album for All 50 States: 329.  2 states down, 48 to go.

All-Time Greatest Use of a Song To End a TV Series: “Breathe Me” by Sia for the finale of Six Feet Under

Two Bands That Critics Love, But I’m Not Feeling…Yet: TV on The Radio; Dirty Projectors

The “David Cross Award” for the Group Whose Song Titles Have Absolutely Nothing to Do With the Song Itself, But Are Interesting to Read Nevertheless: Stars of the Lid.  Examples: “Dungtitled (In A Major)”; “That Finger on Your Temple is the Barrel of My Raygun”; “December Hunting for Vegetarian Fuckface”.  Sample these on iTunes to see what I’m talking about.

Best Video: Zack Galifianakis version of “Can’t Tell Me Nothing” by Kanye West

Best Album Title: When Life Gives You Lemons, You Paint That Shit Gold by Atmosphere

Songs That Sound Best At An Earsplitting Volume: “Teen Drama” by Times New Viking; “To The Dregs” by Wavves

Album That is Bound to Grow On Me As We Head into the Next Decade: Real Estate Real Estate

Songs That I Refuse to Call Guilty Pleasures:
“How to Save a Life” by The Fray
“Crazy in Love” by Beyoncé
“Hey There Delilah” by Plain White T’s
“Beautiful” by Christina Aguilera
“Upside Down” by Jack Johnson
“Like I Love You” by Justin Timberlake
“Falling in Love At A Coffee Shop” by Landon Pigg
“Fallin” by Alicia Keys
“Can’t Get You Out of My Head” by Kylie Minogue
“Hollaback Girl” by Gwen Stefani
“Poker Face” by Lady Gaga

Bronze Medal Songs of the 2000s:
“In A Little While” by U2
“Where’s Your Head At” by Basement Jaxx
“Iron Galaxy’ by Cannibal Ox
“Pyramid Song” by Radiohead
“I’m Bound to Pack It Up” by The White Stripes
“In My Place” by Coldplay
“99 Problems” by Jay-Z
“Unintentional Tape Manipulations” by Earlimart
“Float On” by Modest Mouse
“The Two Sides of Monsieur Valentine” by Spoon
“I Turn My Camera On” by Spoon
“Young Folks” by Peter Bjorn & John
“Breathe Me” by Sia
“Analyze” by Thom Yorke
“A Sunday Smile” by Beirut
“Good Morning” by Kanye West
“Don’t Make Me a Target” by Spoon
“A-Punk” by Vampire Weekend
“Empire State of Mind” by Jay-Z
“My Girls” by Animal Collective
“Summertime” by Girls
“1901” by Phoenix

Silver Medal Songs of the 2000s:
“Hate to Say I Told You So” by The Hives
“Everything In Its Right Place” by Radiohead
“Caring is Creepy” by The Shins
“I Am Trying to Break Your Heart” by Wilco
“Seven Nation Army” by The White Stripes
“Emily Kane” by Art Brut
“The Skin of My Yellow Country Teeth” by Clap Your Hands Say Yeah
“Roscoe” by Midlake
“Reckoner” by Radiohead
“Abandon” by The French Kicks
“Faerie Dance” by Plants and Animals
“Two Weeks” by Grizzly Bear 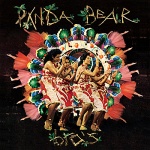 Gold Medal Song of the 2000s: “Bros” by Panda Bear.  12 minutes and 30 seconds of pure, unadulterated musical escapism.  It’s like nothing I’ve heard before and every time I listen to it, I find something new.  As far from verse/chorus/verse as you can get, but it has beauty, it has melody, it has rhythm, and it grooves.  A sound collage that’s simply beautiful. 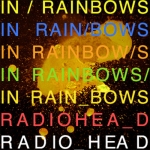 Gold Medal Album of the 2000s: Radiohead In Rainbows.  This is what an album sounds like when amazingly creative people come together to create glorious music without consequence or compromise, without worrying about paying the bills, and without the need to satisfy a record company.  They write, play, create, tweak, and play some more.  Then they make it available online for people to pay whatever they want.  Simple, easy, no middle man between a band and its fans.  Granted, only a handful of artists can afford to do this and the music still has to sink its hooks into people in order for them to pony up the cash.  On In Rainbows, the music feels more natural than anything else Radiohead has done.  Kid A and Amnesiac were revolutionary, but In Rainbows feels so much more comfortable.  Sometimes it’s daunting to have nothing left to prove, but it seems to suit Radiohead just fine.  They’re playing with house money and we’re all beneficiaries.

So proud he’s taking his game to the next level. Even prouder of the maturity in making his decision. From the Black Knights to the Express. Can’t wait.
This is my little man when I dropped him off at preschool this morning. Future B-Boy in the making.
Don’t hate the player, hate the game. Happy 24th Birthday to the Shehshinator, a.k.a. Chelsea East Coast. @ccappello03
Lloyd Before/Lloyd After. #3feethighandrising
18 today. I defy you to find a better young man. Happy Birthday, @dylancappello
The specifics may be off, but when Santa brought us our first VCR in the early 80s, I taped movies with abandon, 3 per tape. The first VHS mix I remember making was: March of the Wooden Soldiers, Mr. Mom (220, 221, whatever it takes), and Dr. No. I can honestly say I’ve watched Dr. No at least 250 times. It’s not the best Bond movie, but it introduced me to a movie series I’ve loved ever since, warts and all. It’s the ultimate form of movie escapism to me. Connery was always my favorite Bond. Rest In Peace, Sir.